Larry Siems » Publications » Between the Lines: Letters Between Mexican and Central American Immigrants and Their Families and Friends

Between the Lines: Letters Between Mexican and Central American Immigrants and Their Families and Friends 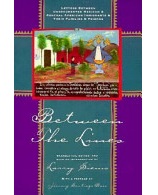 “These letters stand as invaluable testimonies to the lives of countless invisible, unheard beings that the media and the U.S. government would have remain anonymous. In other centuries they would have arrived in the hulls of ships, in shackles or in third-class steerage. Here, remarkably, is history told by the participants themselves to lend a reality to the unreality of statistics and to counter the ‘official’ story. By allowing these voices to speak, Mr. Siems has restored them their humanity.” –Sandra Cisneros

A diverse and inspiring array of letters that reveals the hardships, tragedies, and triumphs of undocumented immigrants in the United States and the families they left behind in Mexico and Central America. From a lively and intimate correspondence between two young Mexican women, to the love letters between separated couples, to the urgent and exasperated exhortations between grandparents, husbands, wives, daughters, sons, and cousins, these letters vividly capture the vitality, rhythms, and nuances of these unique voices. Between the Lines is a living document told in the words of the immigrants themselves, giving dignity and humanity to the harsh statistics and the economic threat to which many would have them reduced. In a time of growing anti-immigrant sentiment around the world, these letters strike down the barriers between “Us” and “Other.” Lively, honest, and engaging, they give us not only a better understanding of our neighbors to the south, but also afford a revealing and unsparing perspective on ourselves as well.